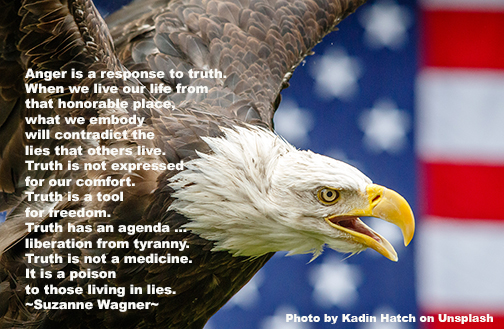 The number ten is about the endless energy and the bounty of God. It is the number of power, influence, determination, and drive.

In the old days, it was a part of the ancient beliefs that sovereigns had “Divine” power. And laws were created  declaring that Monarchs were chosen by “God”.

In modern times, with the number 10, we have the belief in self-determination, freedom, choice, and independence.

The number ten is about the radiant body. It is energy that wants to lead, motivate, and create movement. It is not just about the “I” or the number 1. It is about allowing the expansiveness within to support larger cooperative environments.

The positive aspects of the number ten are; a natural leader who seems to have boundless energy, a progressive thinker, and a manifester in the physical plane.

Negative aspects of the number ten define themselves as;  intimidation, arrogance, manipulation, the desire to control through fear, a person who is demanding, and unable to follow others.

So here we are in this day of Power and New Beginnings. A day where power plays will continue to unfold as we battle over the soul of our democracy.

But on one level …. all I feel is relief, now that the official part of the election is over.

Remember …. I told everyone that this election would not really be decided right away. The legal rancouring is just beginning (the number 10).
Don’t panic. Keep breathing. There is a lot that is showing itself. Not all of it pleasant.
If we survived the last 4 years … we can survive this.

Do not let our amazing country commit suicide in the volley of hate, greed, fear, and treachery.

The Number 10 is about the old systems of Monarchies as they challenge the new systems of Independence and Freedom.
Our Founding Fathers saw that law was not something to abolish or restrain, but was designed to preserve and enlarge freedom. Because without law there can be no freedom.

The Moon continues in Gemini until the late afternoon and then it moves into Cancer. Cancer wants to be comforting. But integrity is very important. Because the Moon is void of course from the morning through the evening. This is a difficult time and much can transpire. For some …. things will be hard to comprehend.

Mercury is out of retrograde and appears to be in one place as it gains momentum to move forward. The Moon trines Mercury and it wants to have verbal expression. Do not expect the words to be perfect. The Mercury retrograde unravels slowly.

We are feeling into the energetic demand for more diversity, honesty, and truth. We are also seeking places of comfort and connection. There will be attempts at heart opening. Our country needs to learn to love and reconnect around the values that this country was built upon. Healing is going to take a very long time. Nothing is over. There are many twists and turns left to navigate. Do not yet, drop your guard. Be kind. Recognize that there are many upset and no matter what, do not lash out at those that are vulnerable.
~Suzanne Wagner~

Anger is a response to truth.
When we live our life from
that honorable place …
what we embody …
will contradict the lies …
that others live.
Truth is not expressed
for our comfort.
Truth is a tool for freedom.
Truth has an agenda …
liberation from tyranny.
Truth is not a medicine.
It is a poison
to those living in lies.
~Suzanne Wagner~

“We hold these truths to be self-evident, that all men are created equal, that they are endowed by their creator with certain unalienable rights, that among these are life, liberty and the pursuit of happiness.”
~Declaration of Independence~

Here are the truths Jefferson listed: (1) all men are created equal, (2) men are endowed by their Creator with certain unalienable rights, (3) among the rights that men have are the rights to life, liberty, and the pursuit of happiness, (4) governments are created to secure these unalienable rights, (5) governments get their powers from the consent of the governed, (6) when a form of government starts destroying people’s rights, the people have the right to alter or abolish it and create a new government.

Why is this important? It is important because at the time the Declaration of Independence was written the world was controlled by monarchies.
The “Truths” defined by Jefferson were very different from the “truths” that monarchists believed in.
At that time, in 1776, most people were uneducated. It was easy to see that the rich and wealthy were probably smarter and more educated. Therefore it was a part of life to “go along” with the traditions where kings and queens used religion and their education as a tool to justify their power. And those same kings and queens used religion and their power and to demand loyalty from the people no matter what types of insane things they wanted to do.
After all, they were “chosen by God”.
Ordinary people could not disagree with them. Monarchs just told illiterate people what to believe and what to do. And they did it…blindly….and without thinking. If people refused to obey, they were imprisoned, fined, physically punished, and even killed.

But Jefferson and most of the other men who signed the Declaration of Independence disagreed with monarchists because these men were also highly educated and they recognized that truths (to an awakened mind) were “self-evident”.

In commemoration of Thomas Jefferson (who was greatly influenced by the writings of John Locke). I have included some of John Locke’s quotes below.

“I have always thought the actions of men the best interpreters of their thoughts.”

“No man’s knowledge can go beyond his experience.”

“Education begins the gentleman, but reading, good company and much reflection … finish him.”