Numerology/Astrology for 2/25/18 – Plus Personal Blog 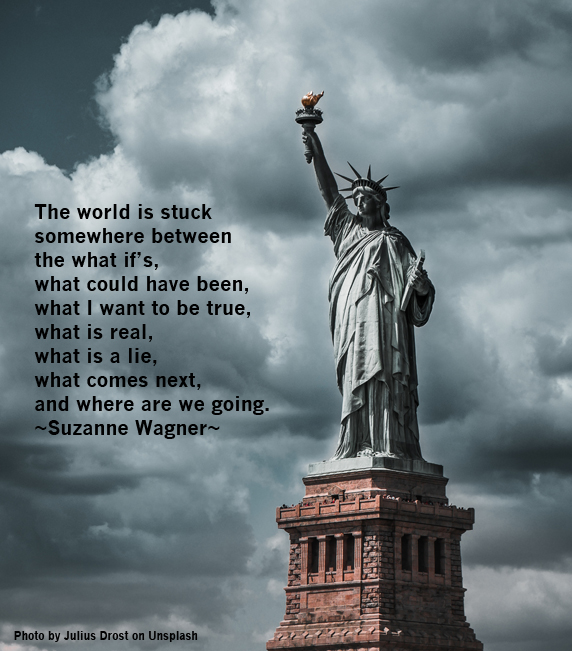 2/25/18 is the number 2. The mind wants to rush and run around. It is “Monkey Mind” Day. So, do your best to calm down the chaos and look ahead rather than behind. What you want and what is … are not aligned. Just relax into that truth and know that the mind wants answers that are not forthcoming at the moment. As a psychic I know that there are times when things are in flux and because they are in flux you cannot predict clearly the outcome of such chaos. You have to wait for the energy to define a direction. As you can see in the world, chaos rules at the moment. We are in a time where the rules and laws that have been the stabilizing force for the world are being dismantled piece by piece. Thus, causing a time of crisis, on a moral, as well as, a constitutional level. It is going to be the strength of the people that is going to prevail or allow it all to fail. Fortunately, there are many people that are standing up and speaking up. I find it interesting that as loudly as so many of us have spoken up and out, that it is the children’s voices that are finally causing things to change and their voices to be heard. It shows the lack of conscience and the distain that our politicians have in the people. Learning to discern and to listen to the words that people are speaking, and the intent, as well, as the emotional depth that is being expressed is essential to find our way out of this self-imposed darkness and into the light.
A Venus-Mars square this morning can awaken many urges and desires, but these may only be whims or distractions. Even so, discomfort with the status quo can lead to highly creative workarounds and improvements. Disagreements are possible with differences and contrasts standing out more than usual. However, Mercury aligns with Neptune this morning as well, and while it may contribute to frustrations, there is also considerable potential for creative visualization. Your intuitive capacities are stimulated and possibly enhanced now, and you might apply these to everyday issues and problems. Conscious reasoning is distorted or enhanced by subconscious matter, depending on the application and how you look at it. It’s not the best energy for detail work or dealing with hard facts, but it’s useful for visualizing and imagining. Communications can be inspired and inspirational, fanciful, or vague and unclear, and possibly deceptive. A Sun-Saturn sextile this afternoon helps you to ground, or at the very least, it will give you a sense of rhythm and allows you to find a pace that will work for you. You have more self-discipline and your focus allows you to get those things done that are needed. This transit has the most wonderful potential to teach you that you have to learn to accept constructive criticism and advice and recognize the areas that need strengthening in your life.

The world is stuck
somewhere between
the what if’s,
what could have been,
what I want to be true,
what is real,
what is a lie,
what comes next,
and where are we going.
~Suzanne Wagner~

Blog
How brave are those young souls that are speaking up for the safety of schools and children? It makes me proud to be an American when the young have more common sense than those older and jaded. The adults seem to have become stubborn and resistant to the truth staring them in the face, while the younger generation has a type of courage and clarity that just might save us all from ourselves.

These children see clearly the BS that is making our world a dangerous and toxic place. They call out those whose hate and greed is controlling the lives of the innocent and those that have no regard for the real safety of others. They call out those bought and paid for by the NRA. They refuse to shut up and take the pittance that is offered in the form of prayers.

Now, don’t get me wrong. I think this country needs a lot of help and prayers are needed and a good thing. But these young people do not see that as enough to make the changes and that are needed at this time.

And while so many of us adults have been writing our congressmen and women to seemingly no avail. And while we have been screaming at the tops of our lungs trying to sway the political border wall that the Republican Party has placed to control and contain us. While they vote to take all of our rights away just like the Jewish Gettos were created to starve out and kill those whose views and attitudes were not considered acceptable to them. These children have unleashed a storm of truth and clarity that is making a dent in that wall and igniting a force for change that is a relief and joy to witness.

I was not so brave when I was their age. Especially in a such a political way that confronts those with real power to do harm. It is in those innocent voices that the toxic horror is clearly reflected and it is in these young faces who refuse to allow their childhood to be destroyed by those whose hands are too deep in the pockets of lobbyists and groups like the NRA, that are going to save this country.

It is such an insane thing to place on the shoulders of the young. But such power and clarity is the thing of myths and legends. And these children have a destiny that is going to be something to behold.

I am proud of this country again for the first time since all this insanity was unleashed upon this country with a Russian Interfered Election and with the manipulation of American fears that was imposed upon our citizens.

We have been masterfully played and it is time to admit that so we can fix it. This is a journey that will take decades to remedy but it is finally clear how much a certain type of mentality is distorting the truth and causing a breakdown in the systems that make America the country that so many used to admire and look up to.

We can get there again. It will take a lot of time and effort. But I believe that there are more of those in this country that want what is best for the majority and those hateful people who want to destroy this country are really in the minority. Just because they are louder and more menacing does not mean they have more power.

Thank you for listening and joining me in the fight for truth and justice, which was to me what the American Way was all about.