Numerology/Astrology for 1/12/18 – Plus Personal Blog 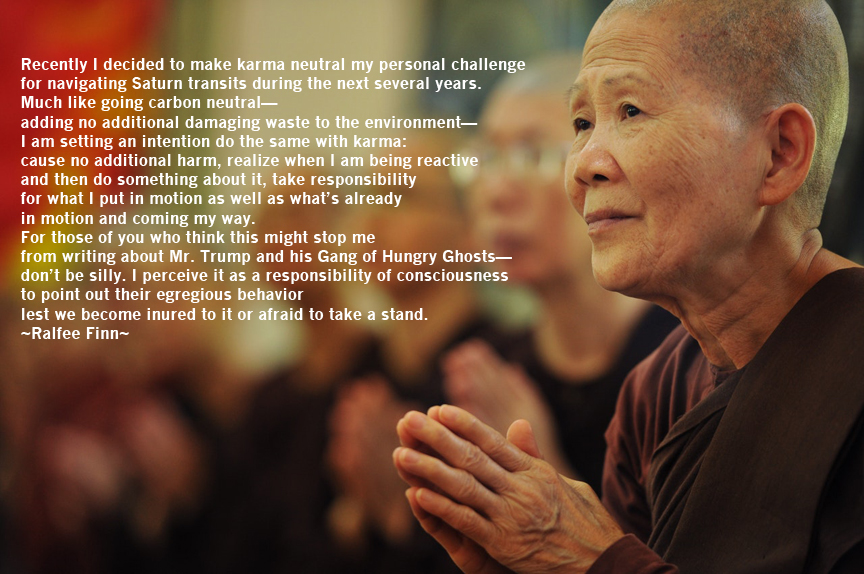 1/12/18 is the number 6. There is an inner that is compelling the outer into movement. That is really how it should be on a grander scale. If everyone moved when prompted from our very core instead of going into constant habitual patterns of behavior, we would have a world where eventually compassion could take over.
The Moon leaves Scorpio and enters Sagittarius at 2:05 AM. The Moon in Sagittarius is forward-looking and optimistic, but as Mercury and Saturn move to a conjunction in the sign of Capricorn, exact very early tomorrow, you are inclined to think and communicate about serious matters, responsibilities, duties, and worries or grievances. Your ability to concentrate is very strong now, so utilize it to your best ability. There could be an increased need for solitude in order to think or work. This is a time for thinking in realistic and practical terms and of increased demand for tangible results for your efforts. You might receive serious news or practical advice, or engage in a critical conversation. This can mark the start of a new project that involves communications, such as writing, speaking, reporting, etc. Or life could give you a strong reality check.

The wonderful words of Astrologer Ralfee Finn below:

Saturn symbolizes the ability to distill wisdom from experience: it is how we learn and grow. As a wise friend once said to me when talking about Saturn: Let’s face it—on this planet, it’s grow or die. And this is why I have come to see Saturn as a force for growth. For while it represents rules, regulations, boundaries, and traditions, it also signifies the bones of things—the essential structures of life—and it’s through Saturn that we identify the principles that ripen into wisdom. Saturn always strips away what is superfluous to reveal what is true. When we organize our choices around the essence of things—surrendering desire and focusing instead on necessity—we tend to make wiser decisions.

Sometimes Saturn’s revelatory process is cold, severe and maybe just a tad too detached. But its current journey through Capricorn is certain to be more messy than precise because Pluto is also in Capricorn, and Pluto’s presence in the Sign that symbolizes governments, corporations, and other major structures that hold the world order together is wreaking havoc with all sorts of systems. One way to best contextualize the current cultural chaos is to view it through a Plutonian perspective: Pluto, the planet of death and rebirth, demands authenticity, and that insistence annihilates all that’s inauthentic. The problem is that the death throes of the false and fake often suck the life force out of the true and genuine.

Recently I decided to make karma neutral my personal challenge
for navigating Saturn transits during the next several years.
Much like going carbon neutral—
adding no additional damaging waste to the environment—
I am setting an intention do the same with karma:
cause no additional harm, realize when I am being reactive
and then do something about it, take responsibility
for what I put in motion as well as what’s already
in motion and coming my way.
For those of you who think this might stop me
from writing about Mr. Trump and his Gang of Hungry Ghosts—
don’t be silly. I perceive it as a responsibility of consciousness
to point out their egregious behavior
lest we become inured to it or afraid to take a stand.

Evilness lies in the places you hate.
Darkness festers and waits to berate.
You have a choice to let evil control

And let out that lumbering, foul troll.
He lives inside of you lying in wait
For you to judge, have fear, and misstate.
You are only a child when you let parts take hold
And your darkest self sells off your soul.